I Don’t Care Who You Are

Posted on August 8, 2017 by toddkleinhans 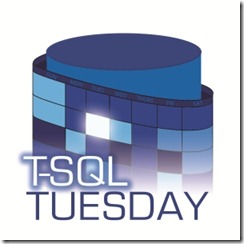 This is a story about a SQL Server database administrator (DBA) I hired many years ago. I am no longer with that company and names have been changed. Except mine 🙂

This is also a post for T-SQL Tuesday #93 and the series is called Interview Patterns & Anti-Patterns and it is hosted by Kendra Little. Thanks Kendra!

At this particular office, we had a need for a full-time DBA. One of our datacenters was also nearby.

My process was to get candidates from recruiters, conduct phone screens, and if they sounded like a good candidate, to bring them in and conduct a two-part interview. Part 1 would just be talking- background, resume items, war stories, SQL knowledge and wisdom. Part 2 would be hands-on technical. I would spin my laptop around and with SQL Server Management Studio (SSMS) launched, have them tell me about the instance it was connected to. I would then ask a series of questions to demonstrate their level of hands-on technical chops. From there if they did well, they would come back in later and meet the rest of the IT team and then a final decision would be made as to extend an offer to hire them or pass.

I had been through a lot of candidates via phone screen and had some come in for an in-person interview. Some people talked a good game but then bombed on the technical hands-on part. I think I made several people nervous when I said, “Don’t screw anything up, this is a production server you are connected to.” While that was true, I really wasn’t trying to scare them but it does show a certain level of confidence and maturity when you can keep your cool. DBA(s) need to be able to handle pressure, stress, being tired and still be able to function in a cool, calm, and collected manner.

Agent 003 was waiting for me at the reception desk to the IT area. I got there, reached out to shake his hand and he smiled and grabbed me with his left hand and gave it a solid shake. I looked down and noticed he didn’t have a right arm- he had a prosthetic.

Now the job description listed the usual be able to lift 70 lbs stuff but I was more interested in his brain and skills and not in his physical abilities.

I began to think about how is he going to type on my laptop? Do I need to get him a full-sized keyboard? Any other assistance devices? It had never occurred to me that I need to be able to accommodate somebody like this. Surprise! He typed just as fast as I did but with only one hand.

Agent 003 passed with flying colors both parts of the interview, met the crew, offered him a job, and he accepted!

I don’t care who you are. Can you do the job? I don’t care if you are a reformed, one-eyed, one-horn, flying purple people eater https://en.wikipedia.org/wiki/The_Purple_People_Eater, provided of course that people are friends, not food.

Maybe sometime in the future when the kids have graduated college and I can go back to school full-time I want to work on career 2.0 – becoming a neuroscientist. So I enjoy reading about the mind and the brain. For example, one book that I read (The Brain That Changes Itself) http://amzn.to/2hGtmp7 and he’s also recently published another one on the same subject of neuroplasticity- https://en.wikipedia.org/wiki/Neuroplasticity

Up until ~30 years ago, scientists believed our brains are hard-wired at a certain age and that the brain does not significantly change after that. Well, sometimes scientists are dead wrong. So I knew that Agent 003’s brain, besides being an awesome DBA, was able to cope and adapt to probably anything the job might require of him. The human brain is an amazing machine and it is capable of re-wiring itself in new and sometime marvelous ways.

The other point I want to make is that all of us are getting old. It will not be too long before we are wheeling around in Ferrari wheelchairs or exoskeletons or some other contraption. As long as we have our brains intact and can communicate with the world, we can perform useful work. I’ll talk about my vision for teleoperation/telerobotics and drones another time.

So I don’t care who you are, what you look like, etc.- my only concern is can you do the job.

Shortly after Agent 003 accepted the job, I returned to go over job responsibilities, daily tasks, future projects, expectations and the like and I took him out to dinner.

We went to Texas de Brazil, an incredible Brazilian steak house. This is not a place for vegetarians 🙂

So we are enjoying our cornucopia of lots of different kinds of tasty meats when Agent 003 says, “Todd, you are probably wondering about my right arm.”

“Well, yes I am. I figured you would bring it up at some point.”

“My father was very religious growing up and he caught me masterbaiting.”

I kicked back in my seat, rolled my head back and just busted out laughing, really loud. I felt all kinds of eyeballs on me from the other patrons but I didn’t care. That was the best deadpan delivery I had ever heard.

If I remember right, he worked on an offshore oil rig and his arm got caught in a chain. They couldn’t get him to proper medical attention immediately and he ended up losing his arm 😦

We enjoyed the rest of the night and he was one of the best DBA(s) I have ever known. His sense of humor, technical chops, working with difficult people were second to none.

So in closing, just focus on people’s brains and skills that pay the bills. I don’t care who you are or what you look like. Can you do the job?

This entry was posted in Uncategorized. Bookmark the permalink.

1 Response to I Don’t Care Who You Are